We are Altius, a UK based commercial and sponsorship consultancy working across sport, arts and entertainment.

At Altius, we focus on providing strategic support to rights holders and federations on how to grow their revenue base, maximise commercial incomes and manage and develop their brands and properties.

We allow our clients to concentrate on running their organisations whilst we focus on helping them increase their revenues and in turn ensure greater investment into their activities.

What challenges do we solve for our clients?

How do we work to address these challenges?

We have a dedicated and experienced team at Altius…

… and because we are owner-managed, our clients get the benefit of a direct relationship with us, unlike many larger companies.

Justin has been immersed in the business of sport and its intersection with the media world  throughout his career. He founded Bird & Bird’s market leading legal advisory Sports & Media Group which he led out of London before relocating to Hong Kong in 2012 to head up Bird & Bird’s operations in Asia Pacific.

Justin has enjoyed a diverse range of corporate, commercial and regulatory mandates for many of the leading sporting brands and marquee sports events and properties. He has a natural understanding of the business and politics of sport and of the challenges faced by sport today in addressing ever evolving integrity and governance issues as well as in adapting to the rapidly developing digital world that we now occupy.

Justin is recognised in the elite band of sports legal advisers and remains actively engaged in sports and media projects globally and in particular now with mandates which have an Asian dimension in fast developing markets such as China and ASEAN.

Prior to founding Altius, Bruce was most recently the Director of Communications & Commercial at the Lawn Tennis Association, the National Governing Body for tennis in Britain. His responsibilities also included all British tennis major events during his 5 years at the organisation. Bruce led the new commercial drive back in 2007 to create the now widely acclaimed and groundbreaking programme with AEGON as the first ever Lead Partner of the LTA. He has also sat on the Tournament Committees for the AEGON Championships at Queen’s and the Barclays ATP World Tour Finals at the O2 arena. Before the LTA, Bruce was Head of Corporate Affairs at the Government agency, Sport England, and worked closely with a range of sports as well as on major projects such as Wembley and London’s successful bid to host the 2012 Olympic and Paralympic Games. Bruce is the Chief Executive of Altius.

Adam is a commercially minded marketer within the sports, entertainment and rights holder marketplace with over fifteen years’ experience. He was most recently Marketing Director at the Lawn Tennis Association (LTA) where he led the development and implementation of the new marketing strategy across the sport. Before this promotion, Adam led the LTA’s sponsorship division and was central to the award-winning commercial programme that saw Aegon become the first lead partner of the sport. Adam also led on the sales and delivery of the LTA’s hospitality portfolio and was a member of Aegon Championships Tournament Committee, the Major Events Review Group and the AELTC Ticket Sub-Committee. Adam started in the industry with IMG, working on the Rugby World Cup in 1999 before moving to Octagon where he led on a variety of projects working with top-flight brands such as Diageo, Vodafone, Zurich and Cable & Wireless. Adam’s agency client work has encompassed sponsorship consultancy, rights activation and asset creation across a broad range of sports including rugby, football and cricket, as well as live music. Before he moved into the sports industry, Adam worked in the City as a fund manager. Adam is also a Non-Executive Director of British Shooting.

Phil joined Altius in 2014 following the completion of his degree in Applied Economics, during which he achieved First Class Honours and completed a research project on the economics of sport. Prior to this he gained experience in the sports industry working with Reading Football Club’s marketing department to raise awareness of their community outreach activities through their web and social media channels. Phil also spent a year working in Xerox’s Business Transformation Programme Management team as part of his university studies. Phil works across Altius’ broad client portfolio, managing client relationships and activities and plays a central role in sourcing brand partners for our clients.

Christine supports the team in performing their day-to-day duties, working closely with the CEO to manage the administration side of the business, and with the CEO and Chairman in developing new business opportunities. Previously Christine worked as an Executive Assistant at the Lawn Tennis Association, and prior to that as PA to the CEO and Secretary to the Main Board at Sport England. Christine has a wide range of knowledge and experience across the sporting sector, having worked with public and political stakeholders, commercial partners, and in hospitality delivery at major events.

Joe joined Altius in May 2017 having achieved a degree in Religion and Theology from Bristol University. Prior to joining Altius Joe gained experience in the sports industry at sponsorship agency JSC and worked at events including The Open Championship in 2016 as well as the 2014 Ryder Cup in Gleneagles. Joe plays a central role in Altius’ client activities, providing key support in managing client relationships, developing commercial strategy and leading our market research and engagement requirements to source commercial partners for our clients. Joe’s client experience includes: British Cycling, British Rowing, British Street Food Awards and The Plunkett Foundation.

James is a senior communications leader who combines extensive experience in national media with a proven track record of delivery in corporate communications. He works with a range of clients providing strategic support, creating and distributing engaging content for global brands and campaigns. As Communications Director of the Lawn Tennis Association, the national governing body of British Tennis, James developed and delivered the LTA’s strategic communications and played a key role on the leadership of the organisation. Before that, he spent 16 years working across the BBC, BSkyB and ITN as a correspondent, broadcaster and authority on the sports news agenda.

David is the General Manager of TEN FZE and previously Head of Middle East and Africa for ReedMIDEM. He has over 15 years experience leading public / private partnerships for government summits and international exhibitions. Having previously been based in London and Paris, David now lives in Dubai.

We have the capability to operate in most major markets through a developed network of strategic partnerships.

Feel free to get in touch, we'd love to hear from you.
info@altius-sports.com
Dutch House, 307-308 High Holborn, London, WC1V 7LL

Altius Live is a wholly owned subsidary of Altius Sports and is an event delivery business focused on devising, developing and delivering events on behalf of rights holders and federations to help them activate and deliver their commercial programmes for their partners. 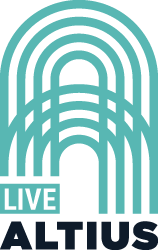